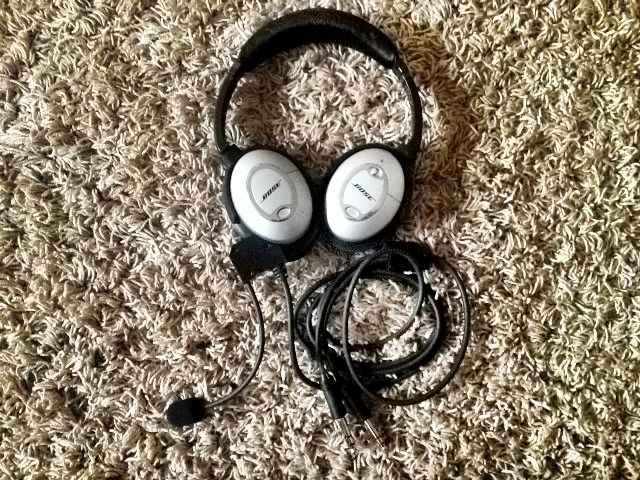 So I haven’t really done a great job of keeping you up to date on my flight training.  I was able to get up for  a couple of flights a week ago.  We went out to an area we deemed as a practice area as there isn’t much instruction based out of this airport there isn’t an official one.  We found an area over some fields West of the airport that we plan to use for training.   I’ll break down each thing we worked on in hopes that those of you hoping to learn to fly will get a better understanding of what we are working on.  Also if I am mistaken in my explanation I hope you pilots out there will kindly correct me.  🙂

We took off and climbed to 4000 feet MSL (mean sea level) and flew out to our practice area.  We started with clearing turns which enables you to survey the surrounding skies for other planes before you start your practicing.  Even after you have done this always make sure you are constantly scanning for other aircraft, but this is always a good practice to get into before working on a skill.  Once we were sure there weren’t any other planes in our area we started working on 30 degree bank turns.  To practice this we lined up on a compass heading and then banked the plane to 30 degrees and completed a 360 degree turn.  We practiced this both to the left and the right.  Things to work on in this exercise are maintaining altitude during the turn, learning what the sight picture should be for a 30 degree turn (this is what it looks like out the window), and coming out of the turn at the appropriate time which places you on the same heading you started the turn at.  Next we worked on 45 degree bank turns.  In this exercise we worked on the same skills as a 30 degree bank.  When doing both types of turns you can tell if you pull them off correctly when you finish your turn if you feel a bump of turbulence.  In a perfect 360 degree turn you will enter the same space of air you disturbed when you started the turn which feels like hitting a bump in the air.  After working on turns we did some slow flight.  This is where we slow the airplane down by pulling power, but maintain altitude by increasing our angle of attack and by applying flaps.  We slowed the plane down to just above stall speed and worked on turns to the left and right.  In slow flight it is very important to keep the ball centered to prevent the plane from going into a spin.  This helps learn to control the plane when it is flying at slow speeds much like you are when on final approach for landing.  Doing it at a higher altitude allows you to practice with room to recover if you make a mistake.  After some slow flight and turns we finally pulled the stick back until the plane stalled.  Recovering from the stall we made sure to keep the ball centered lowered the nose, gave full power, and once our airspeed increased slowly pulled back on the stick.  This all happens very quickly and not much altitude is lost.  Then we headed back to the airport and started to work on landings.  The first day we were running out of time so we just did one landing and called it a day.  The next flight we did the same things with the addition of a few more landings.  I really can’t get the hang of landings yet.  Its quite overwhelming to have all of your limbs involved as well as watching the gages and making radio calls.  I hope that as we continue to practice this will become more confortable and I get the feel for the whole process. I also picked up an adapter for my Bose Quiet Comfort 2 headphones that turns them into a set of avionics headset.  I bought the adapter from uflymic.com.  I’ve only used it on one flight so far.  I’ll do a little better review once I’ve used it a few more times.  So far so good.